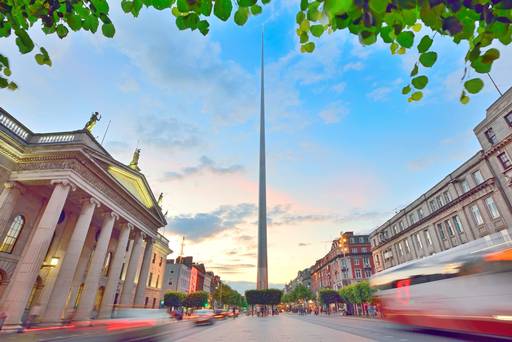 Dublin is a great location for our training courses, it allows you to experience a very special city. Our venue is located close to Dublin Airport which makes it easy to get to but also has great transport links into the city centre.

Read more about things to do in Dublin on VisitDublin.com, Dublin’s official tourism information website.
Posted by Oona McPolin at 14:25 0 comments

Common Mistakes in Method Validation and How to Avoid Them - Part 1: Specificity


The validation of analytical methods is undoubtedly a difficult and complex task. Unfortunately this means that mistakes are all too common. As a trainer and consultant in this area I thought it might be useful to take a look at some common mistakes and how to avoid them. In this series of articles I will pick out some examples for discussion related to the method performance characteristics as listed in the current ICH guidance, ICH Q2(R1), namely: Specificity; Robustness; Accuracy; Precision; Linearity; Range; Quantitation limit; and Detection limit.

Generally, I find that mistakes relating to specificity arise from a basic lack of understanding about what is required to demonstrate that the method is satisfactory. I have selected the following three examples as being ones that I regularly encounter when advising people on method validation, during both consultancy and training courses.

2. Not investigating all the potential interferences

3. Not considering potential changes that could occur in the sample/method being tested

TIP: Review all the acceptance criteria defined in the validation protocol against what is known about the method. Assess whether the criteria are reasonable, in terms of the method capability and what is considered acceptable. The use of generic acceptance criteria can be a very useful strategy as long they are used in a scientific manner by assessing what is known about the actual method being validated.

Mistake 2: Not investigating all the potential interferences

In order to demonstrate that the final result generated by the method is not affected by potential interferences, it is essential that all the potential interferences are considered. This can sometimes be difficult for complex sample matrices so it is important to identify the constituents of the sample matrix as fully as possible. Additionally, it is easy to overlook other sources of interferences that may be introduced as part of the method such as solvents, buffers, derivatisation reagents, etc.

TIP: Carry out a thorough review of all potential interferences when designing the validation protocol, particularly if the sample matrix is complex in nature, or if the sample preparation involves the use of multiple reagents.

Mistake 3: Not considering potential changes that could occur in the sample/method being tested

The potential interferences that are present in a sample matrix can change due to changes in the sample composition. The most common example of this situation is probably sample degradation. In situations where a method will be used for samples of different ages, such as in a stability programme, it is essential that this is taken into account during validation and that it is demonstrated that the method can be used for any sample which may require analysis.

This means that for some methods, particularly those which are considered to be stability indicating, the specificity section of the validation protocol should include experiments to gather evidence to prove that the method may be successfully used for stability analysis. For methods which analyse the degradation products it would be expected that forced degradation studies were performed during method development to allow the creation of a method that can separate all the components of interest. For other methods this may not have been necessary in method development but a forced degradation study may now be required as part of method validation to demonstrate that the method is stability indicating.

TIP: Consider the long term use of a method when designing the validation protocol. What samples will be tested and are there any anticipated changes that could occur to the samples that would affect the potential interferences for the method? If the method is to be used for stability testing, are there any additional requirements, such as a degradation study?


In the next instalment, I will write about common validation mistakes for the method performance characteristic of robustness. If you would like to receive the article direct to your inbox, then sign up for our eNewsletter. You will receive lots of helpful information and you can unsubscribe at any time. We never pass your information on to any third parties.

If you would like to learn more about method validation, and method transfer, then you may be interested in the 3 day course on the topic from Mourne Training Services Ltd. The course has two versions, one applied to small, traditional pharmaceutical molecules and one for large, biological/biotechnology derived molecules. Visit the MTS website for more information. We also offer a course on developing stability indicating HPLC methods that includes strategies for forced degradation studies. 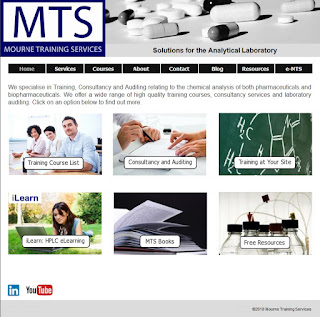 The MTS website has been revamped to make it easier for our visitors to quickly find the information that they need. We've also added links to the website menu on the MTS blog. Visit the website now to find out about the training, consultancy and auditing services that we can offer.