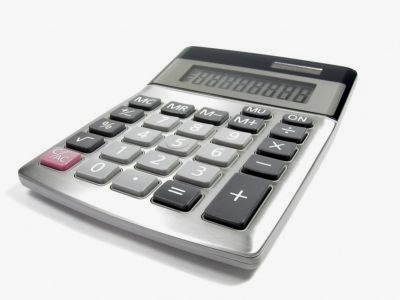 The free HPLC Calculator from MTS has been updated following a suggestion from a user. The flow rate has been moved to the gradient table to provide more flexibility.

Please send us any suggestions for improvement or additional calculations that would be helpful.

20% Discount on All Bookings by LinkedIn Followers! 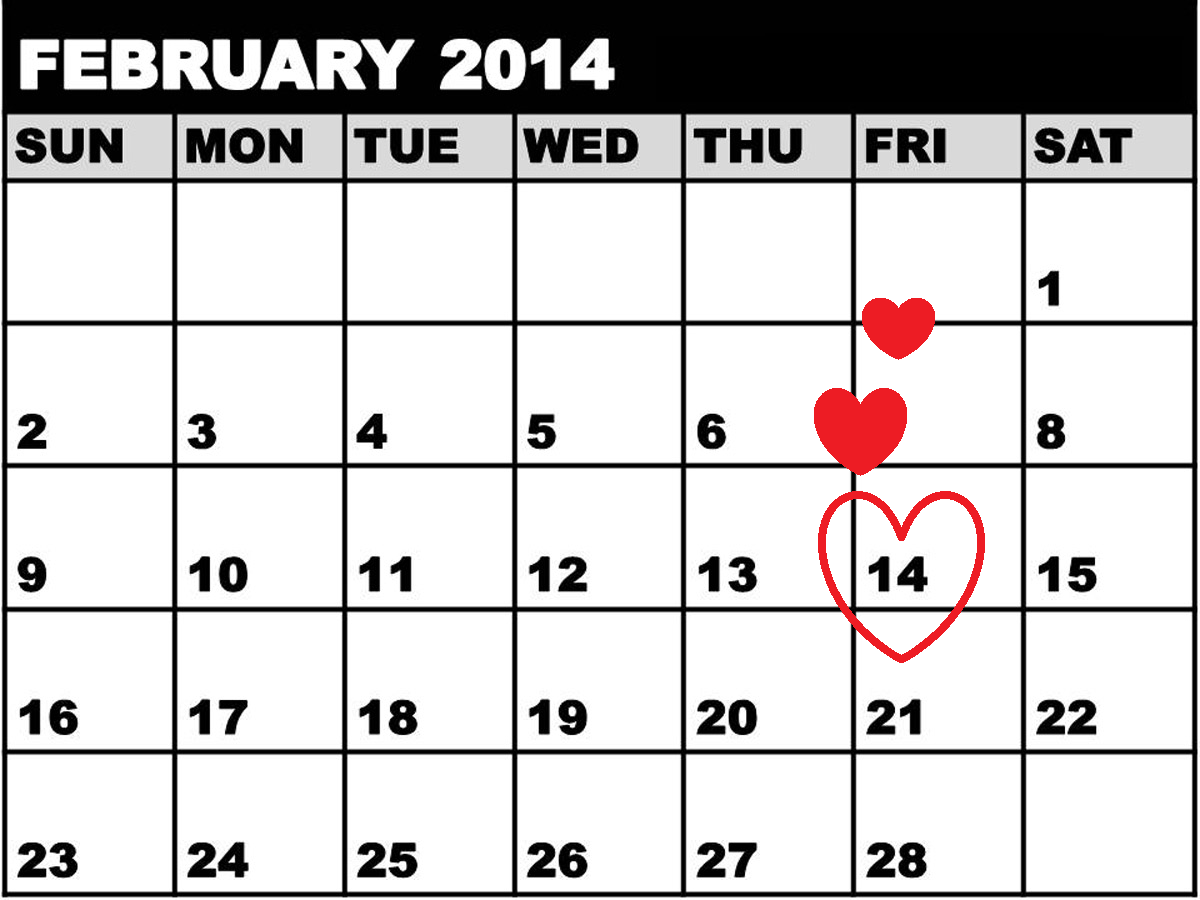 MTS have a very special offer for you: Any bookings made on or before 14th February 2014 (St. Valentine's day) will be eligible for a 20% discount, provided you are a LinkedIn follower of MTS.

The offer is in addition to existing offers such as early booking discount, group bookings, and multiple course bookings.

(Note: you will need to have set up an account in LinkedIn to become a follower.)

Then choose which course or courses you would like to attend. Visit the MTS website for a full list of available courses and dates, or click here for the 2014 calendar. Topics include: Analytical method validation and transfer; stability indicating method development; and basic, intermediate and advanced HPLC.

Calibration of instruments: Is Your UV Spectrometer Accurate Enough
by Chris Burgess, in Pharmaceutical Technology, Jan 2, 2014

This article takes a statistical look at the calibration requirements for a UV spectrometer.

Replicates in Analytical Methods - When and How Many? Do you prepare your samples/standards in duplicate without really thinking about it? If challenged on why, would your answer be something like, "it's good practice, isn't it?" The use of replicates in analytical procedures is commonplace but it is important to understand why you are doing it and also what the results are telling you.

There are different types of replicates in analytical methods, which are used for different purposes. Most commonly it comes down to two types, either preparation replicates or measurement replicates. In the case of preparation, these are samples or standards that are prepared from the beginning to end of the procedure in the same way but separately (often referred to as replicate weighings). In the case of measurement replicates, a single sample/standard is measured more than once (an example would be multiple injections in the case of HPLC).

Standard Preparation
Replicates in calibration standard preparation are often used to provide confidence in the initial weighing of the standard material. The idea is that if the response is corrected using the actual amount which was weighed out, then the response factors will be the same if the weighing has been performed correctly.

This may apply in the case of single point calibrations, where a single concentration of standard is used for the calibration, or in multi-level calibration where the original weighing is diluted to prepare a series of standards over a range of concentrations.

The difficult part is setting an acceptance criteria for the required agreement between these replicate standards. Duplicate preparation is common since it requires the least amount of extra work but two results cannot be compared using common statistical tools, such standard deviation. Usually the agreement is expressed as a percentage of one result compared to the other. How close this should be to 100% will depend on the inherent error in the method and the considerations are similar to those in setting acceptance criteria during method validation.

When the variability is evaluated in method validation then number of replicates prepared is usually 6. This number is high enough to express the variability of the method using statistics such as standard deviation and thus confidence intervals. (In out of specification testing, where retesting is required to determine the actual value of a suspect sample with a high level of confidence, the number of replicates is usually somewhere between 5 and 8 for the same reason.)

However, in routine analysis, 6 replicates per analysis would be unacceptable in terms of the time taken for a single analysis. A decision has to be made regarding how many replicates will be enough for an acceptable result. Usually the best source of information for this decision is the precision data in the validation report.

Standard Measurement
For many analysts in the pharmaceutical analysis laboratory, the most familiar use of replicates in standard measurement is the 6 injections performed as part of system suitability testing for HPLC methods. The purpose of this test is to show that the variability of the peak area for the same standard injected multiple times does not vary significantly, and thus the combination of the amount injected and the integration applied is the same for every injection. This is critical when using external standard calibration where separate solutions of standard and sample are being compared.

When it has been shown that the variability is acceptable then a decision still has to be made about which standard measurements will be used to construct the calibration curve. This may vary quite significantly with some analysts preferring to use all injections of standard during the analysis (in the case of a chromatographic run where there are regular injections of standard in between injections of samples) and others using injections of standard prior to or bracketing the samples being analysed. Whichever approach is used should be justified and also applied during the method validation studies so that the actual method is being evaluated.

It is tempting to use replicate measurements instead of preparations as a short-cut since there is less work involved but if this approach is taken it should be because the aim is to account for measurement variability and not sample preparation variability.

Occasionally I see acceptance criteria for HPLC methods based on 4 individual results which comprise of duplicate sample preparation combined with duplicate injections. The problem with this approach is that when it fails you don't know whether it is because of the injector/HPLC system or the sample preparation. The remedial action will be quite different for each since in one it would be a problem with the HPLC system which needs to be corrected, and in the other it would be a problem with the weighings, dilutions, etc. involved in preparing the sample test solutions.


In summary, replication is used to increase confidence in the integrity of data generated by analytical methods. The use of replication needs to be considered carefully and the acceptance criteria relating to the agreement of the replicates should be defined clearly in the method.

Although there is no explicit requirement for doing so, I would recommend that the decision regarding replication for a particular method is discussed and justified in its associated validation report. This seems to me to be the most appropriate document since it contains the evidence which demonstrates that the analytical method is suitable for its intended use.

Training Courses on Method Validation and Transfer in Dublin - March 2014 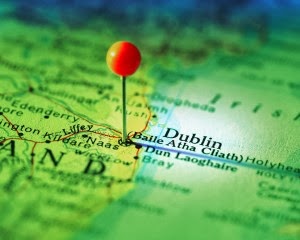 The first events in the MTS open enrolment training course schedule for 2014 will be held in Dublin on the 26th to 28th March.

Check out the Course List page on the MTS website for more information on these training courses, including detailed course descriptions. More details about costs and available discounts for multiple course bookings and groups can be found on the booking forms (also accessed from the course list page).

Help on: How long should it take to purge the lines on my HPLC system?

MTS HELPDESK
Do you have any problems relating to analytical chemistry for pharmaceuticals or training? Send your questions to the MTS helpdesk using our contact form.

Question:
"When I am setting up the HPLC systems in the laboratory where I work, the relevant procedure directs that the new mobile phase is flushed through to the purge valve on the pump for 5 minutes at a flow rate of 5mL/min. Is this enough? How do you work out the most suitable purge for an HPLC system?"

Answer:
"When setting up an HPLC system, the aim of the purge is simply to flush through all the lines so that any remaining solvent in them from a previous analysis or wash is replaced with the new mobile phase. As you would expect, the amount of new solvent required depends on the volume of the tubing in the system. The major contribution to the volume of tubing is usually the on-line vacuum degasser, if installed. The design of these modules is such that they require a relatively large volume to perform well. For example, a typical Agilent 1200 degasser has a volume of ~12 mL for each line. Agilent recommends a purge of at least 30mL in total for the 1200 systems.

Therefore, to estimate how much volume is required for a purge, check the volume specification of the inlet tubing, the degasser and the pump that you are using, then double it to give an approximate purge volume. You may find that the manufacturer of your particular instrument has a recommended amount to use. A flow rate of 5mL/min is commonly used for standard HPLC systems.

If you have a mixture of different brands of HPLC instruments (and degassers) within one laboratory and want the procedure to cover them all then find out which requires the longest purge and use that as the default."